Referred to as the 'Gold Standard' in indoor cycling instructor training, this course has earned a 100% recommendation rate and consistent '5 Star - Excellent' ratings from new and experienced instructors worldwide since launch.

This reputation and reviews are testament to Debbies mission to provide the very best content, value and support to individuals and corporate clients alike.

You can start your instructor journey with us, or refresh and update your certification after doing other indoor cycling instructor training courses.

With 20 years history as renowned indoor cycling experts, Performance Cycling and Debbie Kneale continue to strive to provide you with more than just a great indoor cycling instructor course and training experience.

When you train with us, you will get more course content and detail than other indoor cycling instructor training courses, personal support, including marking and feedback from course creator and international presenter Debbie Kneale in person and access to an ongoing package of support, including refreshers, updates and much more for certified instructors.

If you want to be an excellent instructor, this is the course for you! 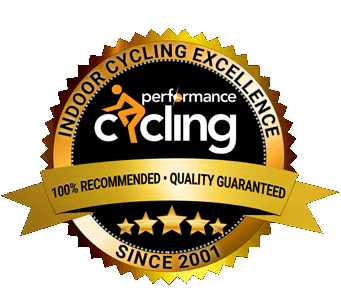 Performance Cycling - The most recommended Indoor Cycling Instructor Certification there is!

100% recommendation rate and chosen by instructors in 43+ countries to date!

Instructor feedback on our online indoor cycling certification is testament to our quality and value...

Nigel Cummings - Level 2 Performance Cycling Instructor Armagh, Northern Ireland UK ... "I have some 15 years experience in the fitness industry, am a BASES Certified Exercise Practitioner and a REPs Level 4 Specialist Exercise Instructor. This course ranks among the very best i have completed. I thoroughly recommend it to all Exercise Professionals wishing to qualify in Group Indoor Cycling..."

Eva Wich - Level 1 Performance Cycling Instructor Miami, USA..."I would highly recommend this course to those who are serious about becoming a dedicated indoor cycling instructor. This course covers everything from safety to terrain to techniques to music. The emphasis on safety is eye-opening and relevant. This course is for instructors who want to make a difference in the lives of their clients. I also felt that my tutor was truly interested in my progress."

Brandon McLaughlin - Level 2 Performance Cycling Instructor, Canada... "Thank you for a fantastic experience! The training and support I have recieved with the Performance Cycling Online course has made me a safe and effective instructor, and now I have a career that I can take with me anywhere my husband's job in the army takes us!

Gina Johnson - Level 1 Performance Cycling Instructor Sydney, Australia "I chose this on line indoor cycling training course, due to good recommendations by a colleague. I have completed many online courses, however this one was the most enjoyable. I learnt heaps and Debbie has it all covered in the notes and videos. I was so impressed. I couldn't find anything that I needed to know that wasn't covered in the course...."

Is Performance Cycling/Indoor cycling the same as Spinning?

*Indoor cycling is often referred to and known by many people as Spinning ®, but officially Spinning ® is a trademark created by Johnny Goldberg (Johnny G) In conjunction with cycle makers Schwinn, Johnny G created the first specially built indoor cycle and instructor certification courses, which he trademarked as Spinning ®.

When launched, Spinning ® quickly became popular other manufacturers began creating their own version of the original Spinner ® bike and associated instructor courses - the quality, duration and content of which are known to vary greatly.

In fact Spinning ®, Spin ® and Spinner ® are all trademarks. Many venues who advertise they run Spinning ® classes or courses or advertise they have a ''Spinning'' or a "Spin" studio, may not always be using the term correctly and may not offer official Spinning ® classes or courses, but instead be using the term to cover any use of fixed gear indoor bikes in a group cycling class format.

Whilst we would not encourage you to use the words Spinning ® or Spin ® to describe classes, courses, studios or yourself as an indoor cycling instructor unless you have done the official Spinning ® instructor certification, it is our experience that when asking about 'indoor cycling classes' or 'indoor cycling courses', very often venues and staff initially say 'No, we don't have that here' but if you then go on to ask the same person if they have 'Spinning ® classes or courses' there, the answer is often 'Yes, we do Spinning here'

All 'Indoor Cycling' instructors, do be aware of this when looking for classes and work or you might find you are missing out by not applying at centres who tell you they don't have indoor cycling there, when really they do, it's just that they only recognise 'indoor cycling' as Spinning ®'!

Note - Spin and Spinning are registered trademarks owned by Mad Dogg Athletics. Any references on this website are solely for information/comparison. We are not affiliated with MDA in any way. With our live and online certifications, you can teach worldwide on any brand of fixed gear bike, not just Spinning brand.